Not only is San Diego regularly voted one of the best places to live in the U.S. with around 17 miles of stunning coastline, San Diego has some of the best beach neighborhoods on the west coast.

If you are looking at moving to San Diego, and love nothing more than the sand in your toes and the smell of fresh surf in the air, then you should definitely be checking out the following areas.


Del Mar
Offering a fusion of high-end luxury and old-world charm, Del Mar is definitely one of the most upmarket beach neighborhoods on the California coastline. It is also one of the 500 most expensive zip codes in the United States.
If you have or are looking at starting a family, the school district here is ranked in the upper echelons of all school districts in the state of California, making it a great place to get an education.
There are also plenty of amenities to keep you and your family happy from morning ‘til night including the famous Del Mar fairgrounds, the Del Mar racetrack and the popular Del Mar City Beach. In addition, you are still only a 30 minute drive from some of the popular attractions of San Diego such as Sea World, Balboa Park and the San Diego Zoo. Shoppers will also be happy with luxury shopping experience offered by the Del Mar Plaza, and the quaint specialist boutiques that can be found in the Village of Del Mar. Del Mar is also home to the infamous San Diego County Fair, which runs for a whole month from June until July each year.
If upmarket living in a neighborhood where there is never a dull moment is what you are looking for, then Del Mar may be right up your street.


Imperial Beach
The most south-westerly neighborhood on the U.S. mainland, Imperial Beach is right next to the Tijuana Estuary and Mexican border. Nestled between miles of uncrowded beaches, big surf and gorgeous open space and wetlands that are brimming with wildlife, Imperial Beach is considered one of the last untouched beach towns in Southern California.
It is home to the Imperial Beach Landmark Pier – a 1491 foot pier that extends out into the Pacific. It also hosts the Dempsey Holder Ocean Festival and Surf Contest each October.
A more chilled environment that some of the busier beach neighborhoods, Imperial Beach still has a bustling shopping district, as well being a perfect location for wildlife lovers, with miles of natural reserves to explore.
If you are looking to live in a charming, traditional Californian town then you should certainly visit Imperial Beach.


La Jolla
La Jolla is also an affluent beach neighborhood, situated about a 20 minute drive from downtown San Diego. Based on a peninsula, La Jolla has half a dozen popular beaches and coves, making it perfect for those who want to live by the coast.
Like Del Mar, La Jolla also one of the most highly-ranked school systems on the West Coast. When you aren’t working or studying, there are a wide range of amenities to keep you busy including golf at Torrey Pines, snorkelling at La Jolla cove, the popular Museum of Contemporary Art and plenty of boutique shops and galleries located on Prospect Street and Girard Avenue.
If you are looking for luxury living by the sea, put La Jolla on your shortlist of neighborhoods to visit.


Oceanside
35 miles north of downtown San Diego, Oceanside is the northernmost beach neighborhood in San Diego county, and the largest of the California missions. It offers year-round perfect weather, and provides easy access to the attractions of both San Diego and Los Angeles.
With a huge marina, there are plenty of boating competitions and regattas to take part in, plus surfing competitions and exhibitions. There are around three and a half miles of wide, clean sandy beaches to explore, and you can also visit one of the West Coast’s longest piers, the Oceanside Municipal Pier.
With lots of shopping opportunities, a popular farmers market featuring live music and entertainment and nature reserves to explore, it is easy to see why living in Oceanside appeals to people of all ages.


Solana Beach
Sitting atop tall ocean cliffs that overlook around a mile and a half of narrow but beautiful beach, Solana Beach has spent much of the last 30 years being redeveloped into the small but popular beach neighborhood that it is today.
Just a 30 minute drive from downtown San Diego, Solana Beach has high quality schools and plenty of support for small local businesses, and the community is focused on maintaining a safe, friendly-family atmosphere.
While there may not be quite as many amenities as some of the bigger beach towns, Solana Beach has all of the essentials that you need including beach parks, convention center, a bustling shopping district and the popular San Elijo Lagoon Ecological Nature Reserve where you can explore seven miles of trails.

If the laid-back California lifestyle is what you are looking for, then Solana Beach may be the perfect neighborhood for you.

Privacy Policy
This information is deemed reliable but not guaranteed. You should rely on this information only to decide whether or not to further investigate a particular property. BEFORE MAKING ANY OTHER DECISION, YOU SHOULD PERSONALLY INVESTIGATE THE FACTS (e.g. square footage and lot size) with the assistance of an appropriate professional. You may use this information only to identify properties you may be interested in investigating further. All uses except for personal, non-commercial use in accordance with the foregoing purpose are prohibited. Redistribution or copying of this information, any photographs or video tours is strictly prohibited. This information is derived from the Internet Data Exchange (IDX) service provided by Sandicor®. Displayed property listings may be held by a brokerage firm other than the broker and/or agent responsible for this display. The information and any photographs and video tours and the compilation from which they are derived is protected by copyright.Â Compilation © 2020 Sandicor®, Inc.

Send Me A Message 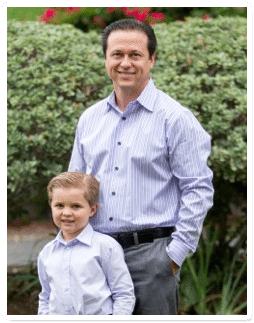 As your professional real estate advisor, I focus on client satisfaction. My business is about service and I am not happy until you are happy. My experience in this business has provided me the experience to assist you with nearly every real estate need. Whether it’s finding you a home, finding the best loan, or helping you getting the most out of selling your home I am here to guide you. If there is anything you need, please let me know.

I will listen to your needs and want to establish our goals and objectives. We work as a team to meet the goals and you will continually be in the loop during the entire process. In this fast paced market, I believe communication is key in meeting our goals and building our relationship.

Knowing that you are reading this right now, tells me that you are comfortable with the Internet and email and that means you will be able to take advantage of my 24 hour electronic assistant right here on my Website.

Please use my Website to provide you powerful features such as the access to the MLS through my MLS Wizard to help you narrow down the ideal home. Selling your home takes special care and attention in order to get the highest possible price and you can feel free to use my Value Wizard to get an instant comparable sales report. My links section is designed to point you important information on home shopping, owning and selling. And if you find what you are looking for, then contact me and I will do my best to get you an answer or point you to a resource.

Satisfied clients are the key to my success

My satisfied clients are my best resource for new business. In this very competitive business of real estate, service makes the difference. My service is second to none and has earned me a valuable source of referrals. If you are considering a real estate professional, please give me an opportunity to earn your business too. I am confident you will be very happy!